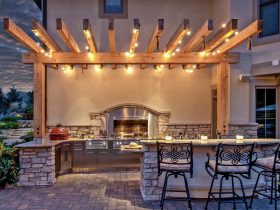 Jack-O-Lanterns is a staple of Halloween and its most recognizable symbol. Halloween without carved pumpkins put out on porches and windows seems wrong and hollow. But do you know how this tradition came to be? Well, we have the Irish to thank for that. The scary-faced lantern made out of a carved pumpkin was brought to American shores by Irish immigrants, and just like St.Patrick’s, we couldn’t be happier they did. Carving the pumpkin has always been a fun activity to share with friends and family and for a while now, it has turned into an art form.

The traditional jack-o-lantern face of triangle eyes and nose and zig-zagged toothy smile has steadily been replaced with a variety of different designs. Carving out multiple layers in the pumpkin, people have managed to bring these pumpkins to life even before lighting the candle from within them. From funny do downright disturbing, every year we’re greeted with far more creative jack-o-lanterns than we could’ve imagined.

This year, unfortunately, due to the pandemic, the carving of the pumpkin might and giving it our own twist might be the most exciting part of the holiday, apart from the costumes.  So, even if you don’t have the chance to spend the spooky season with lots of friends and family, make the most of it with the people that are with you and make the most amazing carved pumpkins ever.

To get your creative juices flowing, here are some ideas of how you can carve up some extraordinary Halloween pumpkins.

Starting off slow and silly, here is a way to update the classic jack-o-lantern grin and make it a bit more likable. The eyes are carved out in a shallow layer, with just dots peeking trough and the toothy grin is just hilarious. Doesn’t it remind you of that one school photo we’ve all had where our smile is just a bit too much? Yeah, good time. Cringey, but good.

How to bring some spice to the classic jack-o-lantern? With Venom. Fans of the Spiderman universe will love this one. Half normal, half venomized pumpkin is will draw a lot of attention for sure, and with having to use different material to achieve this effect, it will definitely be a fun challenge to replicate.

Big jagged teeth have always been considered scary, with the owner of those teeth something to be fearful of, at the very least. The pumpkin’s jagged teeth are done so good, they almost look real. And with that hungry gaze, it looks ready to jump and gobble you up.

Scarecrows, the guardians of the fields, and crops from avian predators have long been part of the horror genre and so deserving of their place in Halloween classics. While the presence and popularity of the scarecrow image has been pushed down by far scarier figures, here is your chance to bring the fierce scarecrow back in a finely carved and dressed pumpkin.

If human zombies eat human brains, what would zombie pumpkins eat? Other smaller pumpkins, apparently. And this zombie pumpkin is really crunching it up.

You can learn a lot from looking at someone’s eyes. They can draw you in or scare you off. The ones this jack-o-lantern got are so deep and hypnotizing but beware of that grin. It might look friendly, but we wouldn’t put our hands near it.

Halloween is a holiday celebrating the dead, the saints, and the martyrs, and different countries have different traditions for it. With the US being a melting pot of many cultures, it is easy to incorporate pieces of other Halloween cultures into our own. Meaning, we can take the sugar-skull face of the Mexican “dia de los muertos” and decorate our pumpkin in its image. It’s still spooky, but aesthetically satisfying.

8. What You Got in Your Mouth?

You can use different sized pumpkins and different pumpkin parts to combine a real monster of a jack-o-lantern. There are many ways to go around it,(some of which you’ll see here) making it spooky or funny. This one is more on the funny side. That is one bad demon pumpkin. Don’t eat your brother.

Jack-o-lanterns, even the run-of-the-mill ones, look like they’re about to eat you. This one looks like it already has and is just waiting for the dessert. Sometimes you really don’t need high-level pumpkin-carving skills to make bone-chilling jack-o-lantern. Just a whole lot of fake blood.

Sometimes nature just shows you what a carved pumpkin should look like. You just need to let out that inner grin. Strange-shaped pumpkins truly give you much more to work with in terms of making something different with less effort, but you need to know what to look for.

The mini pumpkins can be used to create some story behind the pumpkin face hanging around your home. We’ve shown you mini pumpkins that have been eaten, but they can also team up and eat up larger pumpkins. Just look at the horror of this unfortunate pumpkin devoured by the tiny walking dead pumpkins.

Monsters don’t have to have sharp teeth to be scary. Having more than two eyes will do the trick too. The more eyes the scarier, like this monster pumpkin with a bunch of bulging eyes. Yes, that little pumpkin is right to be scared.

Another fun way to make a jack-o-lantern is to create sort-of a Frankenstein creature, using parts from different shaped, sized, and colored pumpkins to make one monstrously creepy pumpkin.

Usually, celebrating every holiday involves at least some about alcohol consumption. For some more than for others, in which case we can all expect someone vomiting by the end of the night. Well, we guess these pumpkins were partying pretty wild… Or at least one did. The other was caught in the crossfire.

Which age-old lie were you told as kids when you asked your parents “Where do babies come from?” Was it: “They grow in cabbage patches” or “The storks bring them”? Well, on Halloween you can at least show kids where zombie babies come from. From pumpkins, apparently.

Stacking pumpkins is also a fun way to decorate with jack-o-lanterns. This is one way to transform a simple stack of pumpkins into something less than ordinary, by recreating the Three Wise Monkeys into the Three Wise Pumpkins.

Just thinking about the eyes or mouth being sewn shut sends chills down one’s spine. We’ve seen this in movies, and is still cruel and creepy, even when done on villains. In fact, that makes them even more manacing-looking. So it is the perfect, easy way to make your carved pumpkins a touch more creepy.

Even today, in modern urban areas, there are rats roaming around. And just like in the past, most people are absolutely terrified of these disease-carrying rodents. Since Halloween is all about playing on other people’s fears, make sure you incorporate this squeaky little pumpkin idea to your fear-inducing decor.

When looking at a person, we’re drawn to the eyes. We often say how pretty and big one’s eyes can be. But somehow, the disproportionately large size of the eyes goes proportionately the increase of the “eww” reaction. So, having two bright building eyes staring out of your porch, will definitely pull out a couple of screams from trick-or-treaters. And the carving is pretty simple too.

We mentioned that the carved pumpkin we’re familiar with and know as a Jack-o-lantern Ireland. But where is the rest of the body, then? We tend to forget that part and the many opportunities it opens up for a fantastic Halloween decor piece to make,. Like this served skeleton for Jack-O-lantern. Too bad they forgot the legs.

Last but not least, you can’\t have a modern Halloween without the occasional bloodsucker. Create a vampire pumpkin that will creat all trick or greater with its bloodened teeth and ask them for a sip of their blood.

Did this help you to create your own unique jack-o-lantern for this Halloween? If it did, grab that carving knife and pumpkin and start carving. What is your favorite Halloween pumpkin carving? Leave us your thoughts and suggestions in the comment section below.

5 Ways to Start Organizing Your Home 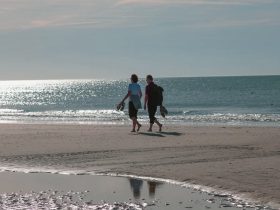 Keeping Costs Down On a UK Family Holiday This Summer 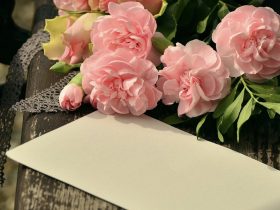 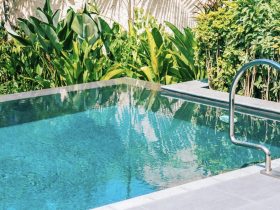 Safe Chemicals to Clean your Pool for the Summer