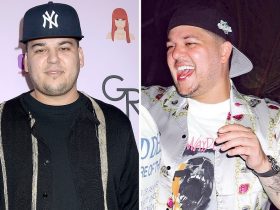 Rob Kardashian Weight Loss – Before and After Photos of His Transformation

Randy Jackson is one of the most inspiring stories of American Idol. And he did not even compete in the show. The famous judge says he suffered from emotional eating prior to his 114-pound weight loss. After he got in shape, Randy said he “had a food divorce”. How did Randy Jackson lose weight?

How much did it take him to get there? And can you copy some of his techniques for losing weight? Randy Jackson was an iconic presence on American Idol for 12 seasons. But the original judge struggled with his health during the show, namely, his weight.

In one interview he said, “I was struggling with my weight. You come in and they go ‘Yeah dawg, you’re telling me I am terrible but you’re fat!’ And I would go, ‘I am. I have mirrors in my house. I Know!’”

He pondered launching a healthy journey for several years. And then he went on a weight loss journey. Since committing to a healthier lifestyle, Randy Jackson lost more than 100 pounds.

The former American Idol judge is happy to share his views with fans.

The Road to a Healthy Life

When American Idol started, Randy weighed more than 350 pounds. And he knew he had to get it down. The judge started with surgery, going through a gastric bypass. The journey helped him launch his own vitamin line, Unify Health Labs.

Randy says, “I had a food divorce is what I usually say. I had to let it all go and start over”. Most importantly, Randy stopped emotional eating. He tried to get healthy because he developed type 2 diabetes. So he had to put an end to his bad eating habits.

Jackson started thinking about getting in shape during the early days of American Idol. During the second season, he lost a ton of weight, but he instantly started putting it back. So, then he went on a journey to discover why he got back the weight and how to keep it off.

Getting healthy “has been a long time running, a long time coming” according to the former judge.

Randy went on his weight loss journey in the early 2000s. Now, nearly two decades later, he manages to keep the weight off. And it all started with a health disease scare.

During a typical check-up, his dentist noticed that his gums look abnormal. His dentist mentioned high blood sugar. And as we know, per American Dental Association, people with diabetes are more prone to gum disease.

One month later, Jackson went to the emergency room, learning his blood sugar reached a point above 500. Just for info, a healthy blood sugar range is between 70 and 99 mg/dL. That is when Randy learned he has type 2 diabetes.

He says, “It was kind of crazy for me because it ran in my family, but you always think someone else is going to get it, never you. I got it.” In his book Body With Soul, Jackson called his diagnosis “both a blessing and a curse.”

Randy Says it is a curse to be saddled with a disease that is life-threatening. And you cannot completely get rid of it. But you can manage it. And it is a blessing in a way that it serves as a wake-up call.

In 2003, after getting the diabetes diagnosis, Jackson underwent a weight loss surgery. That helped him lose 100 pounds, but the weight came back.

So, Randy knew he had to make other changes. Surgery would not cut it. Jackson started reading more about the disease and how to manage it. He found it diabetes 2 is linked to other health problems as well. And he didn’t want to get there.

After the surgery, his next step was to overhaul his diet. He had to change the way he thought about food in order to keep pounds off.

As a young kid, Randy says he ate sausage and grits, bread pudding, and much more. Growing up in the South, food and good times were king. As a judge in a popular show, he also had to go through restaurants and hanging out after the show. There, everybody eats and drinks.

Nowadays, his diet consists more of fruits and vegetables. He still keeps treats, but eats them in moderation. And his motto is simple, “if you make a mistake, change it the next day”. To satisfy his sugar cravings, he reaches for a frozen yogurt or protein shakes.

Before his diabetes, Jackson walked for 30 minutes a week for exercise. But his doctor emphasized exercise, walking, and getting more active. So, Randy ramped things up.

He wanted to start with something simple. And to make sure he gets his steps up, he got a treadmill next to his bed. He says, “It is right there staring at me, going, ‘come here, you know you need this’”.

Randy now walks 35 to 45 minutes per day. Besides walking, he tried yoga and loves it. He enjoys stretching and says yoga makes his body feel better and looser.

Randy started his journey weighing more than 350 pounds. Nowadays, he weighs around 220 pounds. He admits trying different diets, including liquid fasts, bee stings, and everything in between. But he knows where the problem is, they do not work for people with a disease or obesity problem.

As the final part of his journey, Randy Jackson released a book, “Body with Soul: Slash Sugar, Cut Cholesterol, and Get a Jump on your Best Health Ever”.

In the book, he reveals some of the secrets he picked up over the years. For example, knowing your limits. Find your signal to stop eating. It comes from your body, not from an empty plate.

Randy encourages people to “never say never”. He says, “Never say I will never have another piece of chocolate. It won’t happen. As soon as you say never, there is a binge coming. Instead, try to change the next day”.

And because we all enjoy good food, he says it is better just to sample the goods. Do not dive into the table like you haven’t eaten for a week. A few bites of each will satisfy your tooth. And the most important part is to never arrive anywhere hungry.

As for working out, he says you can trick yourself into working out. His trick? Keeping a treadmill next to the bed. He has to pass it every morning once he gets up. And he knows the treadmill is calling him. 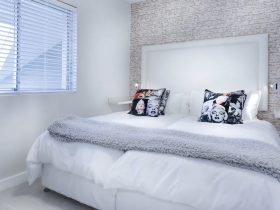 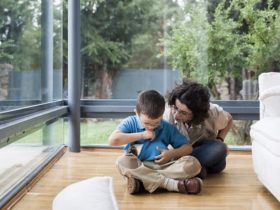 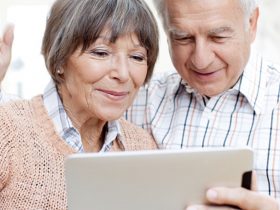 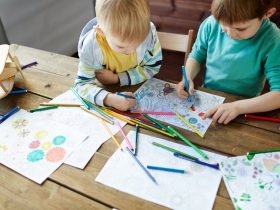 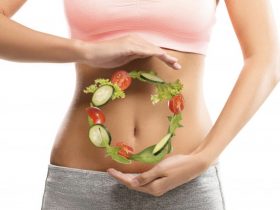