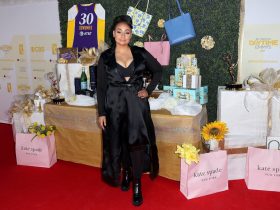 Raven Symone’s Weight Loss – It Is About Mindset, Not Scale Number

Joe Thomas is a former NFL player. If you have ever watched an NFL game, you know football players come in all shapes and sizes. But most of them look extremely big. And that applies even more to players in the defensive line. They have more meat on their bones so they can protect their offensive players. Joe Thomas falls into the category of big NFL players.

But once he retired from the NFL, he lost more than 50 pounds. How did he do it? Why did he do it? When you read his inspiring story, you will look at NFL players with different eyes. Let’s take a look at the weight loss journey of Joe Thomas.

Joe Thomas stepped onto the Campus at Wisconsin in his freshman year. At the time, he weighed 250 pounds. And the coach tried to move him to the offensive line. But with 250 pounds, he couldn’t make it.

And he had to put even more weight. Years before, he would eat a loaf of bread. He made peanut butter jelly sandwiches out of a whole loaf of bread. And he would eat these sandwiches every 30 minutes after his main meal. That is how he managed to get to 250 pounds in high school, trying to chase his dream of playing in the NFL.

And at night, he would drink a 30-35 ounce glass of whole milk to gain even more weight and calories. By December of his freshman year in college, he gained 30 pounds. And then he managed to get 10 more pounds until he got to 310.

Nowadays, Joe talks about those days, saying it was simple physics. The bigger you are, the harder it is to move you off your spot in the line. He says it is important to get bigger at a faster rate than you get slower.

When he got to the NFL, he played for the Cleveland Browns. He is one of the most decorated and accomplished athletes of the NFL. Selected third overall by the Browns in the 2007 draft, he became one of only five players in history to get selected for the Pro Bowl in each of their first 10 seasons.

He holds the longest streak in history for consecutive snaps with 10,363. And he is the only player in Browns‘ history to earn Walter Payton Man of the Year multiple times.

Following an injury, Joe put an end to his 11-year NFL career.

How did he lose weight?

Even during his NFL days, he tried to lose weight and get in leaner shape. He had a great dietician working for the Browns. She encouraged Joe to try the application MyPlate during his last year in the NFL. Joe started tracking everything he ate and learned more about the nutrients. He changed his perception from “just fill up your plate and finish it” to eating healthier and high-calorie foods.

The moment he retired, he could easily lose the first 10 to 30 pounds just by dialing back his calories. The iron man started eating like a normal human.

But after that, he had to start eating smarter. He started to track his meals and begun understanding his ideal ratio of protein, carbs, and fats. He says his best strategy is low carb, but flexible, with some intermittent fasting. Nowadays, eating fats and proteins keep him full. But when he eats carbs, he gets hungrier.

Joe also found out that sugars and high-calorie foods caused a lot of inflammation. Back during his NFL days, he thought anti-inflammatory diets do not work and they are pure BS. But once he started understanding it, and following it, Joe changed his views.

As for his exercise regime, he wants to do bodybuilding lifting. He keeps the rep schemes higher and does a lot of single-joint exercises. Joe also loves biking and swimming, doing it for low-impact cardio.

But most importantly, he fell in love with yoga. It makes him feel really good. Yoga helps his joints and it works as cardio as well.

Following his retirement from the NFL, Joe Thomas wanted to get in shape. And managed to do it by managing his nutrition and working out in specific fields. While his wife calls yoga “a stretch”, it is a great workout for the former NFL player. As for the time in the pool, it helps because his joints are so stressed from his years of playing professionally.

The Unhealthy Diet of NFL Players

The weight loss story of Joe Thomas is an inspiring one. It also sheds light on the “unhealthy diet” of some NFL players. We said before, some NFL players need to get bigger. And they go to the extreme level of eating to get more calories and bulk up.

For example, Thomas says he would go to a McDonald’s and order two double cheeseburgers, two McChickens, a double quarter-pounder with cheese, one large order of fries, and a large Dr. Pepper. It was the easiest way to add a bunch of calories.

In one interview lately, he also detailed his breakfast, lunch, and dinner meals.

For example, for breakfast, he would have four pieces of bacon, four sausage links, eight eggs, three pancakes, and oatmeal with peanut butter. He would then follow it up with a protein shake.

For lunch, he could take pasta, meatballs, cookies, and maybe a salad. And then for dinner, he could devour an entire family-size pizza by himself. He would follow his dinner meal with some cookies and a bowl of ice cream.

Nowadays, Thomas is down to the 250 pounds range. He has shaved off more than 60 pounds from his playing weight. And his story definitely puts NFL players in a different perspective. Joe says that if he didn’t eat for two hours, he thought he could lose weight and get in trouble.

And if you think eating in excess is glamorous, think again. Thomas has stated that during his career he could wake up in the middle of the night and start putting food inside his mouth. He is the latest offensive lineman who after retiring recommitted to a normal, healthy lifestyle and diet. He will tell you, “not many people are naturally that big”. But bulking up is an essential part of playing at the highest level and making millions throughout your professional career.

And it is a simple strategy. Bigger offensive linemen could hold off the defensive rush for a longer time so that the quarterback can throw the ball down the field. And that results in more spectacular plays and more points.