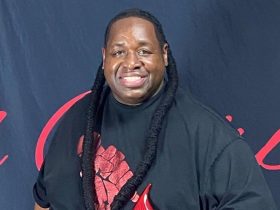 Born Amy Halterman, she is one part of the reality show 1000-Lb Sisters. Amy Slaton’s weight loss journey has inspired many fans to start their own journey. Amy has recently put her weight loss transformation on hold because of pregnancy with her second baby.

When season 1 of 1000-Lb Sisters began, Amy tipped the scales at 406 pounds. Since then, fans have seen the start of her fitness venture. Despite facing emotional and physical hurdles along the way, Amy managed to get on track and lose weight.

She was able to get approved for gastric bypass surgery in 2019 after which she stick to a new diet and exercise plan.

Who Is Amy Slaton?

Amy Slaton is one-half of the 1000-lb Sisters reality television series airing on TLC. It focuses on the personal lives of Amy Slaton Halterman and her sister Tammy Slaton. They live in Dixon, Kentucky, with the TV show chronicling their daily lives and attempts at weight loss and weight loss surgery.

Other than them, other family members appear in the show, including their dog Little Bit. The show has grown to include members of the Slaton family, including Chris, Misty, and Amanda.

Some of the other members have also decided to go on a weight loss journey.

The TV series starts in the small town of Dixon, Kentucky. There, we get to know the Slaton sisters, Amy and Tammy.

We see Amy preparing dinner for her and Tammy, including many unhealthy foods. Amy is the one that reveals she has many health conditions, including diabetes. It is all because of her weight. Tammy reveals her medical conditions, saying she has been to the hospital numerous times. Tammy has even been on life support twice.

In the first episode of the show, we see the Slaton sisters having lunch with their mother Darlene, and telling her about their decision to get surgery for weight loss. It is much to her discouragement.

One of the best aspects of the TV show is that it really shows how hard it is to lose weight. Both sisters have setbacks in their weight loss journey. For example, Tammy actually gained weight at the end of season 2. Amy had a baby, but despite their setbacks, Amy is making progress.

What Was Amy’s Original Weight?

At the beginning of the Amy Slaton weight loss journey, the Slaton sister weighed around 400lbs. Her sister Tammy, weighed around 600lbs. Their doctor stressed to the women they could not continue going like that.

Their weight was a huge health risk and problem. So, both of them had to lose weight. Amy was able to qualify for a weight loss surgery sooner, thanks to healthier eating habits and exercise routine. It really helped her get healthier. Tammy, however, was not able to get the surgery.

Inspiring Others To Lose Weight

Amy’s surgeon, Dr Charles Procter Jr, says that he believes Amy inspires others to lose weight. He says, “When I first met Amy, over two years ago, she weighed over 400 pounds, and one of her goals in life, not only to get married, was to have a baby. At that point, it was impossible for her”.

Charles talked about the journey in a January 2022 episode, reflecting on Amy’s hardships and experience of becoming a mother. She was lucky enough to obtain both.

After welcoming her son Gage with husband Michael Halterman in November 2020, Amy admitted that she feels she hasn’t made much progress on her fitness.

She said, “I’m kind of nervous because I don’t think I am where I’m supposed to be in my weight loss goal. I avoid the scale because then I’m focused on the number going down. And if I see it going up, it’s going to make me depressed and wanna eat more. So, it’s best not to look at it”.

During her pregnancy with her first baby, Amy weighed 288 pounds. Doctor Procter was hoping to get her under 250 pounds, but she was sitting at 275.

The doctor noted, “Surgery’s no guarantee that somebody’s going to not only lose the weight but keep the weight off, and we’ve seen that. From what I’m seeing, she hasn’t put any more effort back into her health. We’ve pretty much stalled out at this point”.

But Amy somehow managed to get under the number needed for the surgery. She and Michael announced they are expecting their second child, their son due in July 2022.

Following the birth of her baby boy Gage, Amy weighed around 270 pounds. She said it was difficult to keep her cravings under control during motherhood.

She said, “I feel like I’m actually losing weight with this baby because I’m eating right. I am craving pickles and garlic powder at the moment. And potstickers, which are like a Chinese dumpling”.

Amy didn’t have set meals, but she eats when she feels hungry. Thanks to her gastric bypass surgery, she went from 406 to 250 lbs. She feels a lot better, saying that she runs after her son. Yet, she does get tired, but it is not as bad as when she was overweight.

Amy wants to get down to 150 pounds in the future. In an April 2021 Instagram post, she shared before and after photos of herself following the gastric band surgery. And she captioned the photo by saying she once wore a size 5XL bikini. In that photo, she wore a bikini size XL.

The 1000 lb Sisters star has a new bikini body. Following Season 1, she gave birth to her first son, Gage. But that didn’t stop her weight loss journey.

Following childbirth, Amy managed to get down to 270lbs and showed her new bikini body on social media. How did fans react to it? Most of the fans were ecstatic over her progress. Here are some of the comments:

– You should be so proud, Amy. I have loved watching your journey! Can’t wait for season 3 for more laughs and precious moments

– Go Amy, you’re doing so well!!! I can see it now, one day you and Tammy will be running around the beach and park with Gage and maybe his little brother or sister (if you and Michael decide to have another baby)

– Yesssss what a frickin queen! I am so proud of you

– That’s amazing. And the best part is you look so much happier

– Pretty inside and out

Amy uses social media to boost her confidence. While Amy’s Instagram is mostly filled with pictures of her son, she also posts about herself. Since losing weight, Amy posts a lot more selfies and a few pictures of herself looking glammed up.

Fans show support and encourage her to continue her journey. So far, there is no set date or confirmation about 1000 lb Sisters Season 4.

At the end of season 2, Amy gave birth to her son, and her focus shifted from taking care of Tammy to taking care of her family. Amy is finding it difficult to film now that Gage Halterman is part of the family. She is now pregnant with another baby boy, and filming would become more taxing for the soon-to-be mother of two. Tammy is also a question mark for Season 4.

But we can only wait and see.