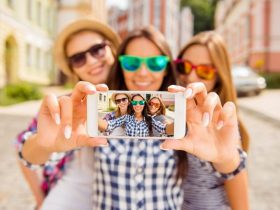 Best Friend Captions – How to Celebrate Friendship on Instagram

Peppers come from all over the world, a crucial ingredient for flavorful ethnic recipes like Indian vindaloo, pad Thai, Mexican salsas and moles, and more. They are just as spicy as they are delicious. Depending on the types of peppers, spice levels can range from 0 to 2 million or more SHU (Scoville Heat Units).

As a result, highly spicy peppers can be overwhelming or even dangerous for kids who aren’t used to them yet. Yet, kids can still have peppers! Don’t miss out on passing down your family’s recipes or giving your child the gift of a diverse palate. Here’s everything you need to know about introducing your kids to hot peppers.

Some peppers are sweet and crunchy, while others add a kick to your weeknight dinner. They’re often brightly colored and always nutritionally beneficial. Like many vegetables, peppers are full of healthy micronutrients, such as cancer-preventing antioxidants and vitamins A, B, C, and E. In fact, peppers contain three times more vitamin C than oranges!

In addition, the capsaicin in peppers offers several unique benefits that other veggies don’t. Capsaicin is the chemical that affords peppers their spice. If you eat enough of it, your body heats up, and your metabolism speeds up. Because capsaicin activates the sensory neuron that prevents fat buildup and regulates appetite, peppers may help with weight loss. Contrary to what you might assume, this spicy chemical actually fights irritation, too. It has been shown to relieve migraine pain, sinus stuffiness, arthritis, stomach upset, intestinal gas, cramps, and more inflammation-related symptoms.

As beneficial as capsaicin is, its spice can also cause problems, especially for young kids. Children who have yet to develop a tolerance for spice may find even milder peppers too hot for their palate. Even spice level aside, children tend to have more sensitive digestive systems than adults. At worst, extreme spice can cause stomach pain, diarrhea, nausea and even vomiting. Young children should never be allowed to handle hot peppers, either. The spicy oils can stick to their fingers and find their way into the eyes, mouth, and other sensitive areas.

How to Introduce Your Kids to Hot Peppers

Peppers are perfectly okay for kids as long as they are introduced gradually. Never give spicy peppers to babies and toddlers under age two. You can start giving kids peppers by age three or four, but make sure to start them with very mild varieties. As your child grows older, you can begin to add small amounts of spicier peppers. Eventually, they will be ready to level up to larger amounts of milder peppers or small quantities of spicier peppers.

Kids can be picky eaters, especially when it comes to unfamiliar foods and flavors. If your child doesn’t want to eat something because it’s too spicy, don’t force them. Make sure to have spice-reducing foods on hand, such as milk, rice, bread, and honey. By the time your kid is a teenager, you may have successfully turned them on to flavorful spicy foods. Next thing you know, they will be ordering the hottest level of spice at restaurants and maybe even growing peppers at home as a hobby!

What Kinds of Peppers are Safe?

Not all peppers are created equally. The Scoville Heat Unit scale was invented to rate peppers according to their spice level. Your process of introducing your child to hot peppers should involve researching the types of peppers you intend to use and knowing their SHU.

For instance, bell peppers have no spice at all at 0 SHU. As such, bell peppers are perfectly safe for kids just starting out with peppers. Get them used to the taste and sweetness of bell, sweet, and cherry peppers as well before moving on to mild varieties. Mild peppers range from 100 to 2,500 SHU and include pepperoncini, banana, cubanelle, anaheim and poblano. Depending on the individual pepper, many adults will perceive little to no spice at all in these milder varieties. However, children are more likely to pick up on it.

If your child handles the mild peppers well, try adding a small amount of medium-level hot peppers. Varieties in the 2,500 to 30,000 SHU range include serrano, jalapeño, and chipotle. However, be careful with medium peppers, given their wide range of heat potential. Some can air toward the 2,500 side of the spectrum, while others may surprise you at the hotter extreme. Always do a taste test of your peppers to gauge their actual spice level before serving them to your kids.

Hot peppers cover the 30,000 to 100,000 SHU range. For instance, tabasco and cayenne are often used to give mixed foods and sauces a zesty kick or warming throat burn. These peppers are going to be too hot for most young children, but older kids and teens who enjoy spice can probably handle them with care. Scorching peppers are typically over 100,000 SHU. You’ll recognize the names of peppers frequently used in marinades, sauces, and hot sauces, such as habaneros, scotch bonnets, and Thai chilis. These very hot peppers should only be for adventurous adolescent-aged kids who know what they are signing up for!

Finally, the hottest peppers in the world clock in at over 1,000,000 SHU. These peppers are never recommended for children and hardly even for adults, either. Eating a ghost pepper (~1,040,000 SHU) or a Carolina reaper (~2,200,000 SHU) raw is unwise and extremely painful, even for the bravest of spice connoisseurs and competitors. Consumer hot sauces and snacks made with these peppers are often diluted enough for the average adult to tolerate. That said, always do a small taste test if you’re unsure of your tolerance level.

Food should always be a pleasure, and for many adults, that means upping the heat level! Peppers are more than up to the task – sometimes, truly more than we can handle! If you’re cooking for kids, you may have to tone down the spice at first. However, once they’ve gained a decent tolerance for capsaicin, family mealtimes can be a cultural and aesthetic experience that everyone can enjoy. 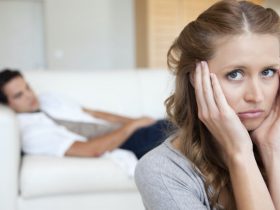 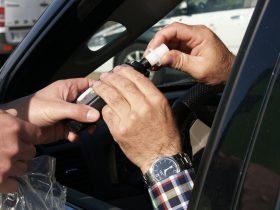 Will One Beer Fail a Breathalyzer?